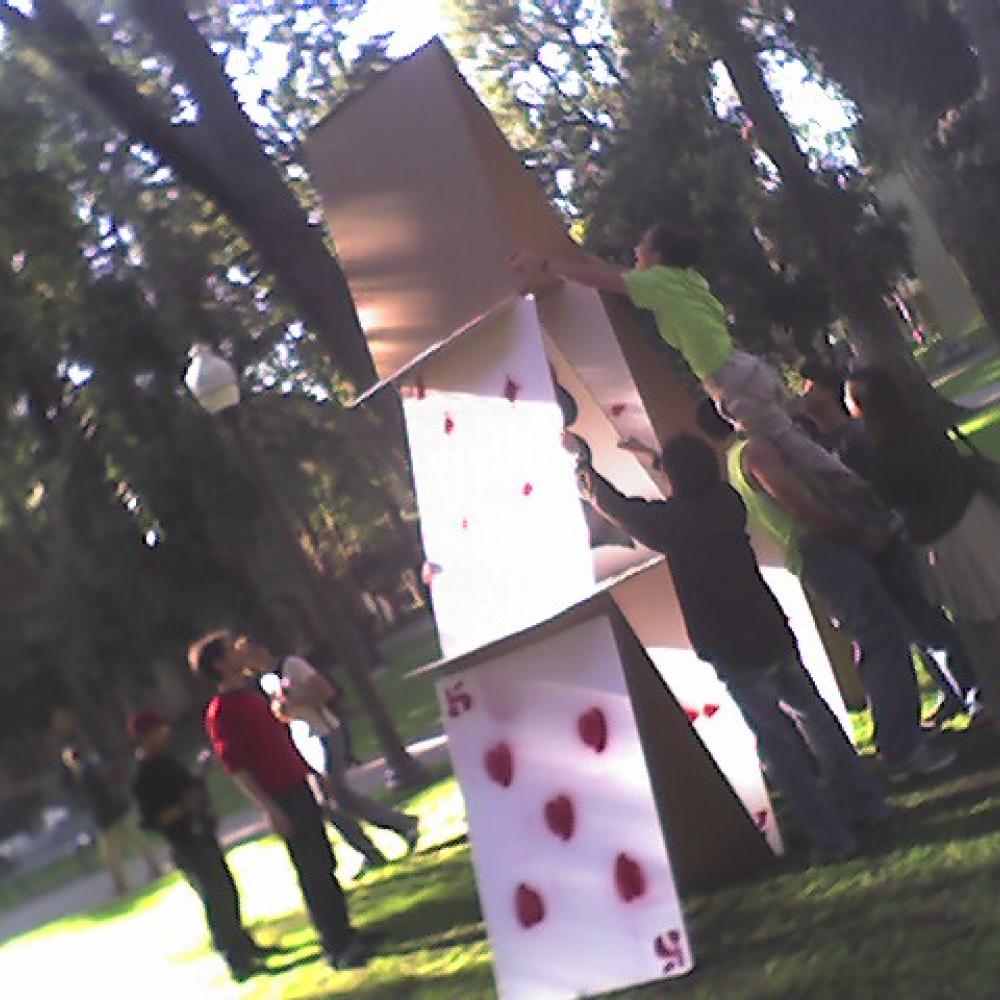 The Big Game is a massively multiplayer offline game using giant cards in public spaces, conceived by the students of CTIN 534 in Fall 2005.

The course was taught by Bernie DeKoven and Tracy Fullerton, who mandated that the students, for their final project, create a game that can be played by students in USC's campus. In the weeks leading up to The Big Game, the class learned various types and implementations of the idea of fun; throughout, the students worked in small 2-to-4 person teams, creating games that riffed on concepts small and large, traditional and modern. Entering the last part of the class, the students were called on to brainstorm and playtest multiple ideas for a single project that would be executed by the entire class; the Big Game was the result.

The first Big Game event occurred at noon on November 30, 2005. For more on this event and future Big Games, see the website below.